Last Resort: Although it had a strong pilot, it left me feeling like it was Lost for military buffs.   Was then cancelled by ABC.

666 Park Avenue: I wanted so badly to love this show and I tried really hard at first.  The general abundance of plot holes and confusion is ultimately what led the demise of my hope for this show. ABC later cancelled this.

Go On: Although this does fairly well in the ratings and people seem to like it, I could never quite grasp the show’s slightly boring concept.  If it get’s renewed for a second season, I will pick it back up.

Animal Practice: Do I even need to explain this one? Please.

Vegas: I usually don’t take it as a very good sign when I fall asleep within seconds of the opening credits.

Beauty and the Beast: Kristin Kreuk is about as good a detective as I am a 80 pound Victoria’s Secret Model.  Again, I will consider repicking this up if it is renewed for a second season.

Elementary: Honestly? I am pissed off about the female Watson thing.  People really seem to enjoy this show, though.

Do No Harm: Had the opportunity to be really awesome, but butchered it about half way through the pilot.  It was later cancelled by NBC.

Guys with Kids: Made it halfway through the first season purely because I love Jimmy Fallon.  While the show had some laughs, it was boring 65% of the time.

Revolution: I would love to know who Charlie’s post apocalyptic hair stylist is! But the show lacked heart and did not deliver with character relationships, although some would disagree.

The Mob Doctor: Three episodes in I decided that the writers were most likely on crack if they thought this show was a good idea.

Chicago Fire: Didn’t even bother with the pilot.  The show is an excuse to put sexy guys in soot stained wife beaters.

Cult: Again, has serious potential.  Would probably consider watching again if it is renewed.

The Following: Not my kind of show at all. Kudos, though.

The Americans: Again, not my type of show. Even more kudos to this one.

Deception: Would consider picking it up again if it was renewed but for now I don’t get it. A tamer version of Revenge.

Underemployed: It just got a bit ridiculous….if by some miracle it is renewed, maybe I would give it another try. 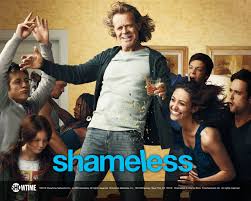 Tweets from a twit

Error: Twitter did not respond. Please wait a few minutes and refresh this page.